Dept of Coffee and Social Affairs

I had assumed the Department of Coffee and Social Affairs was two things:

In reality, one of those were true. Turns out, DoCaS is one of more than a dozen shops in a national chain with the same name.

We visited the Covent Garden one in St. Martin’s Courtyard. It’s a very, very small store, and usually brimming over with people whenever I’ve walked past before, but on this occasion, we were lucky: lots of space.

The majority of the seating was at tall benches with oversized stools that, even as relative tall fellows, we struggled to stay perched on top of.

Why shops are moving towards a trend of providing backless seating at the moment, I will never understand. It was all frightfully uncomfortable, even for the relatively short, 30 minutes or so period we were there.

Aside from this, and a few smart-arse quips written on posters on the walls, the venue itself was nothing to write home about.

For an establishment with “social” in the name, the initial impression was far from hospitable. We were served by a particularly grumpy host who seemed to have equal parts contempt and indifference toward our presence. Clearly the idea that we might spend money with the company paying her wages was an affront to her on that day.

Selecting something to eat was a chore. The sandwiches were neither correctly labelled, nor on display in such a way that you might tell what was in the cellophane packages.

Choosing coffee was easier, and slightly more pleasant, with a large clear menu dangling above the head of our grumpy host.

We got 2 flat whites, a chicken and pesto toasted sandwich and a goats cheese and beetroot toasted ciabatta. The sandwiches were, as usual, horrendously over-priced. 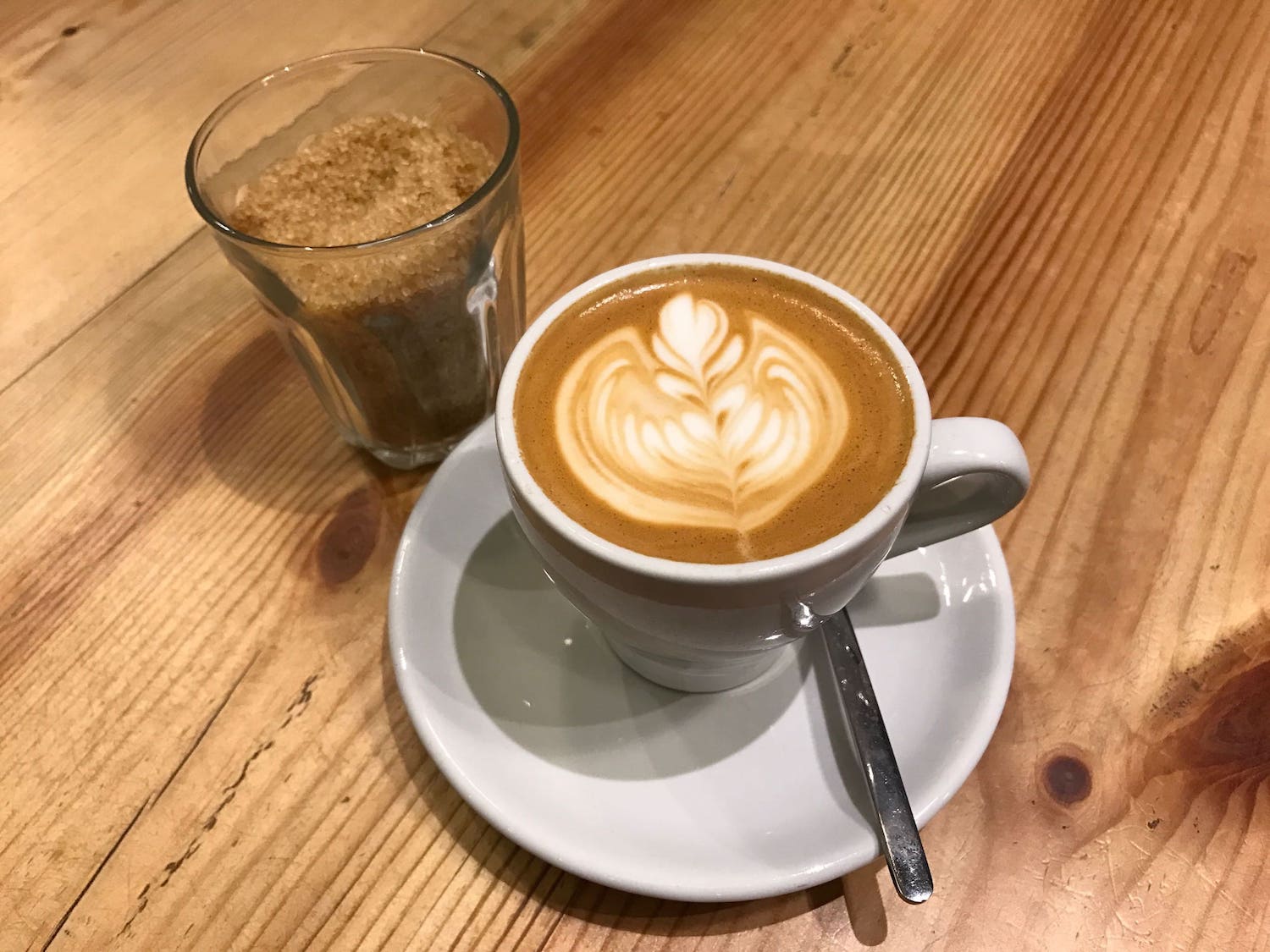 Despite the unsociable initial impression, the service did improve: our barista was chirpy and made some feeble attempts at jokes as he dropped off our coffee. Our sandwiches arrived with a small side salad. 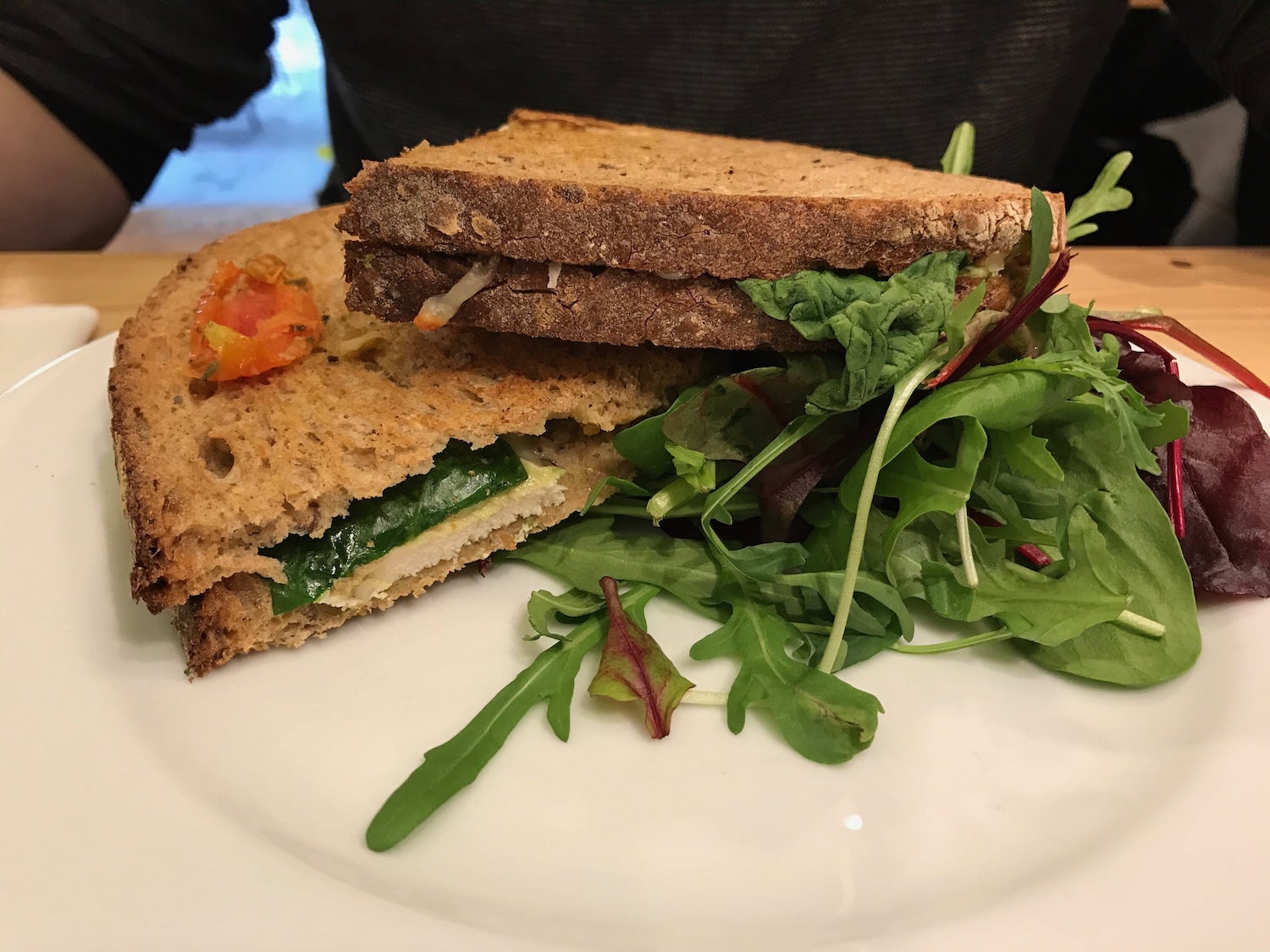 The ambience was generally pleasant, and the music was - unusually compared to recent experiences - quite good. It offset the otherwise frosty reception just enough.

The chicken and pesto sandwich was “solid and dependable”, with a “considered presentation”, according to David. The side salad was nothing special but had a “zingy” dressing, “which I like”. The beetroot and cheese ciabatta had a fine combination of flavours, and was certainly better than what you might get in - say - Caffè Nero - but it probably wasn’t worth the £4.90 it cost.

As for the coffee; it was very subtle. We decided it has a rose-like, floral flavour. The body was smooth and silky, though largely down to the milk, no doubt.

This visit was a bit of a mixed bag. The coffee was good, as was the food, but the mixed reception from staff was a bit off-putting for future visits. Perhaps the other shops are a bit better, but we probably wouldn’t recommend this one.