The Fleet River Bakery can be found down a back alley behind central London’s worst tube station: Holborn.

It isn’t much too look at from the outside, though once inside, it is somewhat like stepping into the TARDIS. Not the cool one Peter Capaldi has: more like the run-down, low-budget TARDIS you saw Christopher Ecclestone piloting in Season 1. You know, before the BBC decided to put some effort in and give the poor show a real budget.

Walking into the counter area, we were greeted by three members of staff that were clearly not very pleased to see us. It was no bother; we ordered anyway, asking for a latte, a flat white and (because David was, as usual, hungry) a slice of carrot cake.

The queueing system in Fleet River was bizarrely disjointed. There are two entirely separate counters, one for paying and receiving your food, and the other for receiving your coffee. Both were painfully slow, not least due to the apparent memory loss of our server, who had to take our order multiple times, one item at a time, before they got it right.

When we finally received our order, we had to navigate to the seating area across something akin to Total Wipeout: a staircase so precarious that it’s a wonder the coffee didn’t end up spilt over them. When we finally emerged, having taken each step with a modicum of both trepidation and contempt, we managed to plonk ourselves on a rickety bench fashioned out of what appeared to be glass-topped, recycled, door.

The entire feel of Fleet River’s seated area was that of a school hall: run down, a bit cold, and desperately in need of a paint job. It wasn’t unpleasant, but it was a tad too far towards the ‘dilapidated’ end of the hipster spectrum for my tastes.

David’s latte was pleasantly bitter, with a light body and a sweet taste. It had a roasted, burnt, and almost smoky flavour. “It’s not uninviting” was the best description he could come up with. 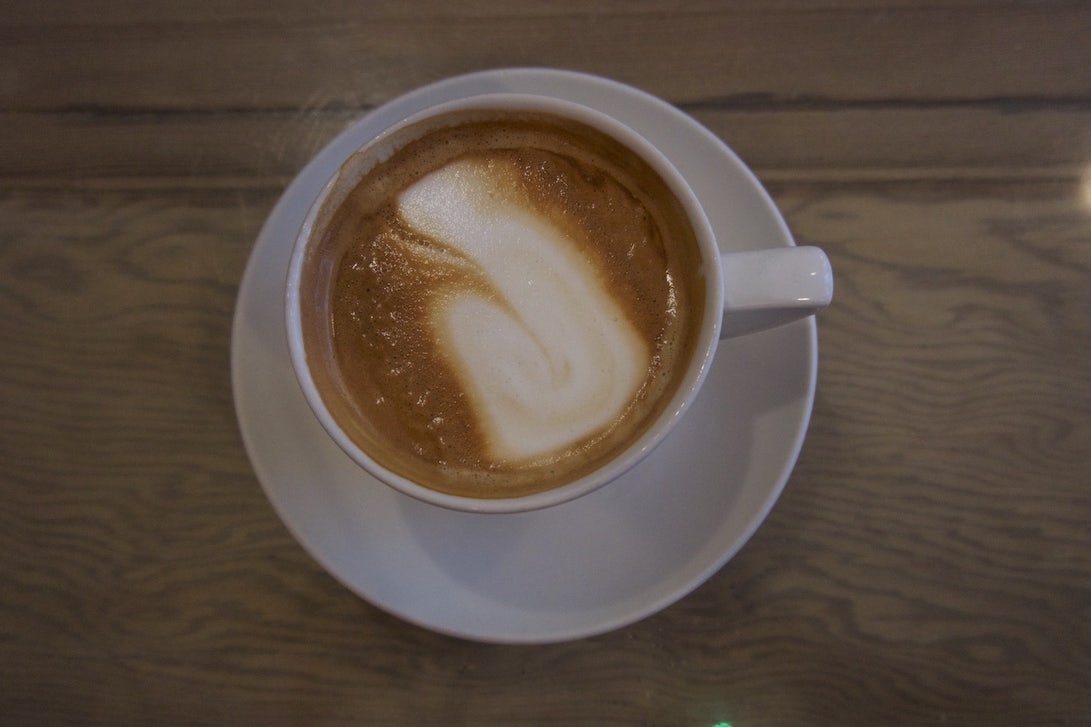 My flat white was similarly smoky, and presented in a cup that was reminiscent of the tableware at Wetherspoons. 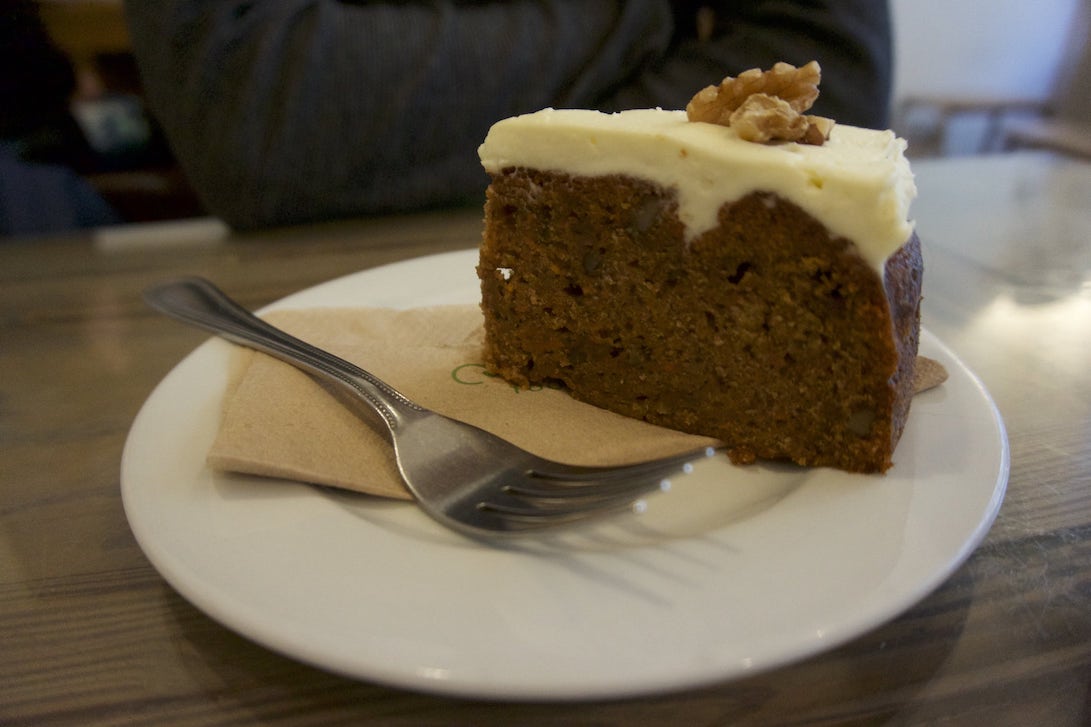 The carrot cake was the highlight of the visit. Topped with a classic smattering of walnuts, the cake was creamy, carroty, and moist enough to not leave you gasping for water.

This isn’t the first time I’ve been to Fleet River; it was a semi-regular haunt whilst at university just down the road. But it’s clear that the Bakery has seen better days, and the coffee was just not up to snuff.